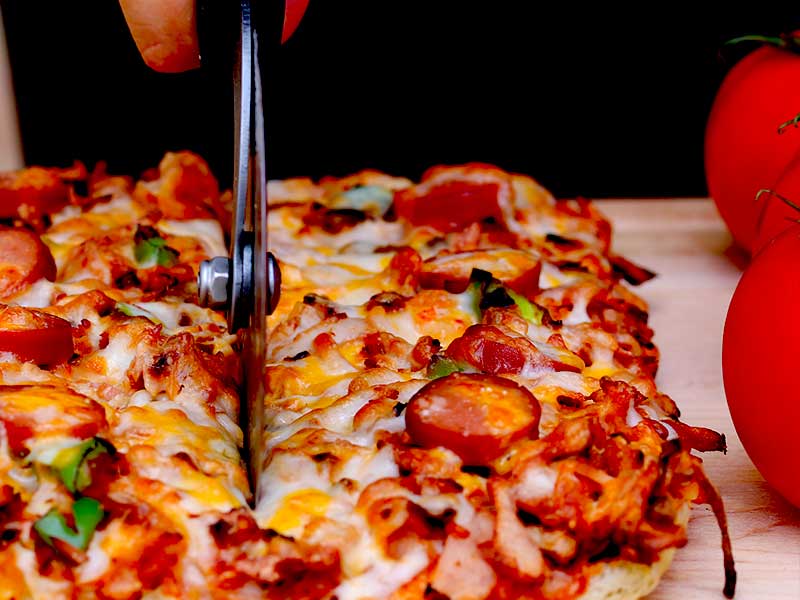 get your discount !
IT'S HERE
GET THEM NOW !
GET YOUR PRESENT

If you are one of those following a halal diet, you know it is a bit difficult to find halal foods in Toronto! However, do not worry! Toronto’s best pizza and wing are made entirely of halal ingredients! It can be firmly said that the best pizza in Toronto is the delicious pizza of the Haida Sandwich! So, remember the next time you try to search ‘halal pizza delivery Toronto’ in Google and scroll up and down the long list of nearby restaurants, save your time and order online from the Haida Sandwich! Toronto’s best halal pizza is just a few blocks away from you!

Halal Pizza Near Me

You must have heard of Halal or a brand with this name until now, or if you are a Muslim, you have always been concerned about finding Halal food. Sometimes it is difficult to find Halal food, especially if most of the population lacks the mentality and belief in Halal foods! But what is Halal food, and why do some people look for Halal foods?

Halal Pizza Places Near Me

So, what do you think can be used in a fresh Halal pizza? Let’s see what foods are classified as Halal foods?

Meat and poultry: Only meat of some animals is permitted for Muslim consumption. The animal must be one of the Halal species to be slaughtered as a Halal. The animal must be slaughtered by a mature Muslim while remembering the name of God. A sharp knife should be used to cut the throat in such a way as to cause complete blood drainage and rapid death. Islam places great emphasis on respect for human behaviour towards animals. Animals must be bred, transported, cared for and maintained under human conditions. Of course, these acts are well-behaved, and any mistreatment of animals will not prohibit their meat. Anesthesia before the non-religious killing is generally accepted in the United States and Canada. The anesthetic procedure is usually not fatal. In many European countries, the severity of anesthesia is unacceptable in being Halal if it causes the animal to die before blood drainage. Also, removing parts of the animal’s organs (such as cutting horns, ears, and limbs) should not be performed before the animal dies.

Marine animals: Among the marine animals, only eating finfish and shrimp is Halal. If the fish is inherently scaly (any scales) and then all scales fall, it is still permitted to eat. Eating egg of scaly caviar is also Halal.

If it is out of the water, the fish should be caught alive or caught before it dies. It is not a prerequisite for a fisherman to be a Muslim and call upon God’s name, and non-Muslim fishing can also be used if it is ensured that the fish was alive before being caught.

Various products come from milk and eggs. Milk is used to make cheese, butter, and cream. Different enzymes are used to make cheese. The types of enzymes used to produce cheese are very important. Enzymes may be Halal or Haram based on the sources from which they are derived. If these enzymes are obtained from Halal-killed microbes or animals, they are Halal. Enzymes obtained from pigs are forbidden. Based on the enzymes used in the production of cheese or other dairy products, these products are classified as Halal, Haram, and doubtful products. Accordingly, additives such as emulsifiers or mildew inhibitors should be monitored to avoid casting doubt on milk and egg products.

Vegetables: Foods made from herbs are Halal. In modern food factories, meat and vegetable products may be processed with common equipment. This increases the likelihood of cross-contamination. Contamination of Halal products can be prevented if the equipment and product lines are cleaned properly, and the Halal products are separated from the non-Halal products.

Halal pizza and wings are made using animal meat that is slaughtered and cooked. Halal pizza restaurants try to use Halal pizza products in their products.

Halal Pizza Delivery Near Me

Imagine sitting at home and craving a chicken pizza! When you google “Halal chicken pizza near me,” you are thinking of ordering high-quality pizzas to bring home for free and have no trouble getting it delivered to you! Yes! That’s why we’re with you! If you think of a near Halal pizza with a delivery service, we are the first to accompany you! With the Haida Sandwich’s instant pizza delivery system, the nearby Halal pizza is just a Haida Sandwich! The next time you think of distributing Halal pizza deals near me, don’t forget that we are the closest to you wherever you are in Toronto or Vancouver!

Best Halal Pizza Near Me

What People are Saying

While we cannot guarantee an allergen-free kitchen, we will make every effort to accommodate special dietary needs. Please inform us of any dietary restrictions. Restaurant will not be responsible for any incidents caused by food allergy.