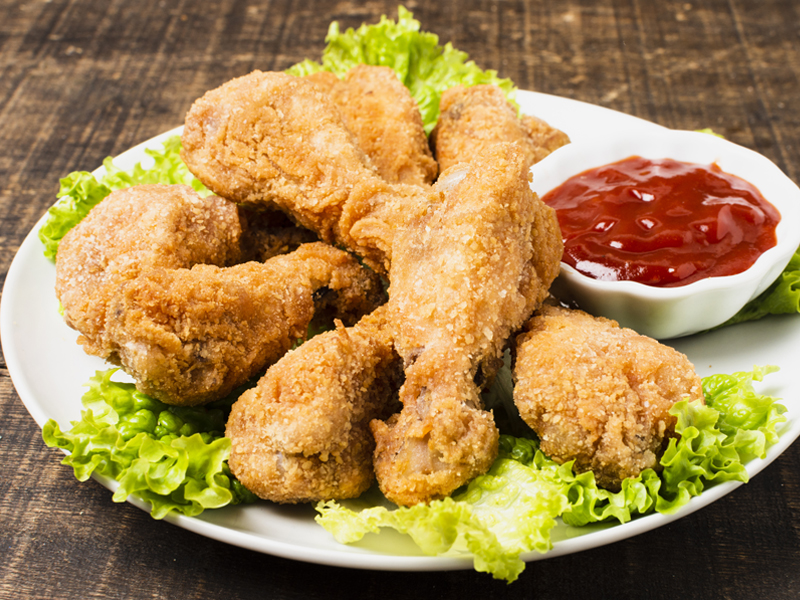 The History of Fried Foods

We probably remember America if we want to talk about first Fried Foods, which have been cooked like today. The phrase Fried Chicken was first introduced in the United States in the 1830s and later in American cookbooks in the 1860s and 1870s. Of course, the fried chicken made in the southern United States is, in fact, a mix of Scottish and African fried chicken in the Middle Ages. At that time, the Scots fried the chicken without any spices, and also, the African slaves used this method, which they were flavouring the chicken with the spices and then frying it. Later, as the Scots migrated to America, this method of cooking chicken became popular in America. Probably later, fried chickens similar to KFC chicken styles were made on this basis.

KFC is an American restaurant chain operating around the world known for its fried chicken. KFC is the second-largest restaurant in the world after McDonald’s, which is operating in 123 countries. The restaurant founder was a man named Sanders, who founded a street restaurant at a gas station in his forties and later became famous due to the recipe of Kentucky chicken. The main meal on the KFS menu is the fried chicken pieces, which is flavoured with a combination of 11 spices and is, of course, a trade secret. After the 1990s, KFC expanded its menu to include chicken fillet sandwiches, salads, fries, desserts, and drinks.

Most Popular Types Of Fried Foods

When it comes to fried foods, most of all, we remember fried chicken. They use the chicken’s main parts, such as breasts, wings, thighs, and feet, and never fry a chicken completely. Fried food is a kind of food that is usually prepared faster in restaurants than other dishes and is often ready-to-eat, but it is time-consuming at home. However, if you like, you can make fried food at home, similar to those you eat at restaurants. To make fried chicken, mix the egg with salt and pepper, add crispy flour, red pepper, salt, ginger, onion powder, dried basil, and garlic powder to it and mix thoroughly. Put the chicken pieces in this mixture to get covered completely and then set aside for an hour to taste the spices. Then fry them. To make the fried chickens more like restaurant fries, it is best to use coarse crispy flour and then put them in the frying pan until they are fried. In another way, you can stir the chicken pieces in the bowl with the egg; after that, when all of the pieces are covered with eggs, place it in a mixture of coarse crispy flour and other spices.

This dish, as its name implies, is fried fish with crispy French fries. Fish & Chips, which is English food, was first introduced in the 1860s, and by 1910, there were more than 25,000 restaurants all over the UK that catered only this food. Fish & Chips is one of the most popular foods today, especially in English-speaking countries such as Australia, New Zealand, the US, and Canada, which is slightly different in each country. For example, in England and Ireland, potatoes are usually thicker than the American ones and have less fat. This dish is usually being made with various fishes but has been made with Javelin fish in the past. Nowadays, fish and chips are mostly made with Cod or Haddock fish and are usually eaten with tartar sauce. To make this dish at home, first cut the potatoes through the middle, cut each section lengthwise, salt it, and put the thick potato slices in the hot oil until fried. Mix some flour, a glass of non-alcoholic beer, eggs, baking powder, salt, and black pepper, and then stir until they are combined. Cut the fish fillets in half or slightly larger palms and roll them in the dough you prepared beforehand to cover all the fillets. Let the fish fry in the hot oil for 3 or 4 minutes. To make the potatoes and fish fried and crispy, it is best to fry them in a frying pan or oil pan. Since this dish contains a lot of oil, be sure to put it on an oil absorbent paper to absorb the oil. To make the tartar sauce, mix the grated pickles with mustard and mayonnaise, lemon juice, salt, pepper, and dill.

Fried mushrooms are eaten as a snack or a side dish in fast food restaurants. To make fried mushrooms, make the fried dough first, just like any other fried foods. In a bowl, mix the crispy flour with the egg, garlic powder and a small amount of water to make the dough, cover the mushrooms with the dough, and then put them in the hot oil until fried. When removing the mushrooms, use a slotted spoon not to have any oil on the plate.

Fried onions are another prevalent form of fried foods. Peel the onion, wash it and dry completely. It is best to choose large onions so that their rings are large. In the next step, cut the onion into a ring, and each ring should be no more than two-tiered until it is well-cooked. In a bowl, combine the salt, turmeric, and pepper in this material and then roll the onion rings in breadcrumbs. Then place them in the hot oil to be fried. Generally, breadcrumb spices can be customized to your taste; for example, you can add ginger powder to this mix. In another way, mix the breadcrumb powder and other spices with eggs and a small amount of water to make a dough, and then cover the onion rings with the dough.

What Is Crispy Flour and How Is It Made?

What is common among the foods mentioned is crispy flour. Crispy flour is made from the grinding of large and dry bread. So you can easily make crispy flour at home by emptying the middle of the baguette and drying it. After drying the middle of the baguette bread, grind it to a become powder. Mix the powder with spices such as black pepper, turmeric, curry, salt, garlic powder, and ginger to be tasty. Fried food is one of the most delicious and popular foods which is easy to eat and usually a good option to watch TV and play computer games. In this article, different types of fried foods were introduced and explained. If you do not have enough time to prepare fried food, you can order a variety of fried food by using the Haida Sandwich Online Ordering System.

Mouth-watering sandwiches and pizzas in Toronto 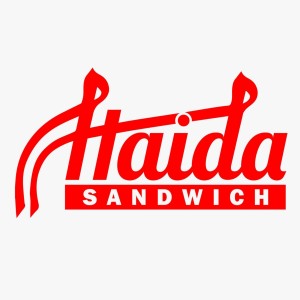 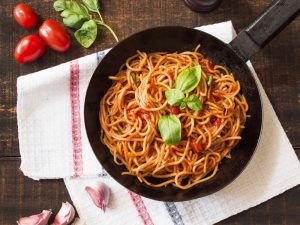 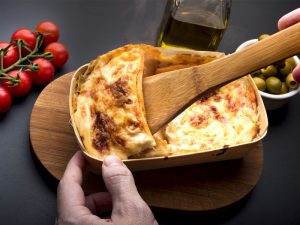 Introducing Different Lasagna and Their Recipes 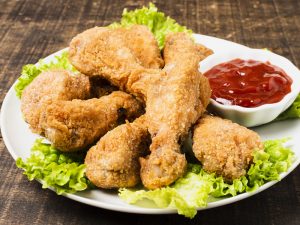 While we cannot guarantee an allergen-free kitchen, we will make every effort to accommodate special dietary needs. Please inform us of any dietary restrictions.
Restaurant will not be responsible for any incidents caused by food allergy.

Get 50 FREE points upon sign-up & redeem for your favorites