Haida sandwich is a chain restaurant which is rated amongst the high-quality restaurants; the excellent quality here is because of the fresh ingredients used in the process of cooking; in here you can either sit down and eat and even if you didn’t feel like it you could order take away, or you can sit home and order it by phone or online to be delivered to you anywhere you want in the fastest time possible.

The menu is diverse and has different types of pizzas and hot and cold sandwiches rich in ingredients and come at great prices. 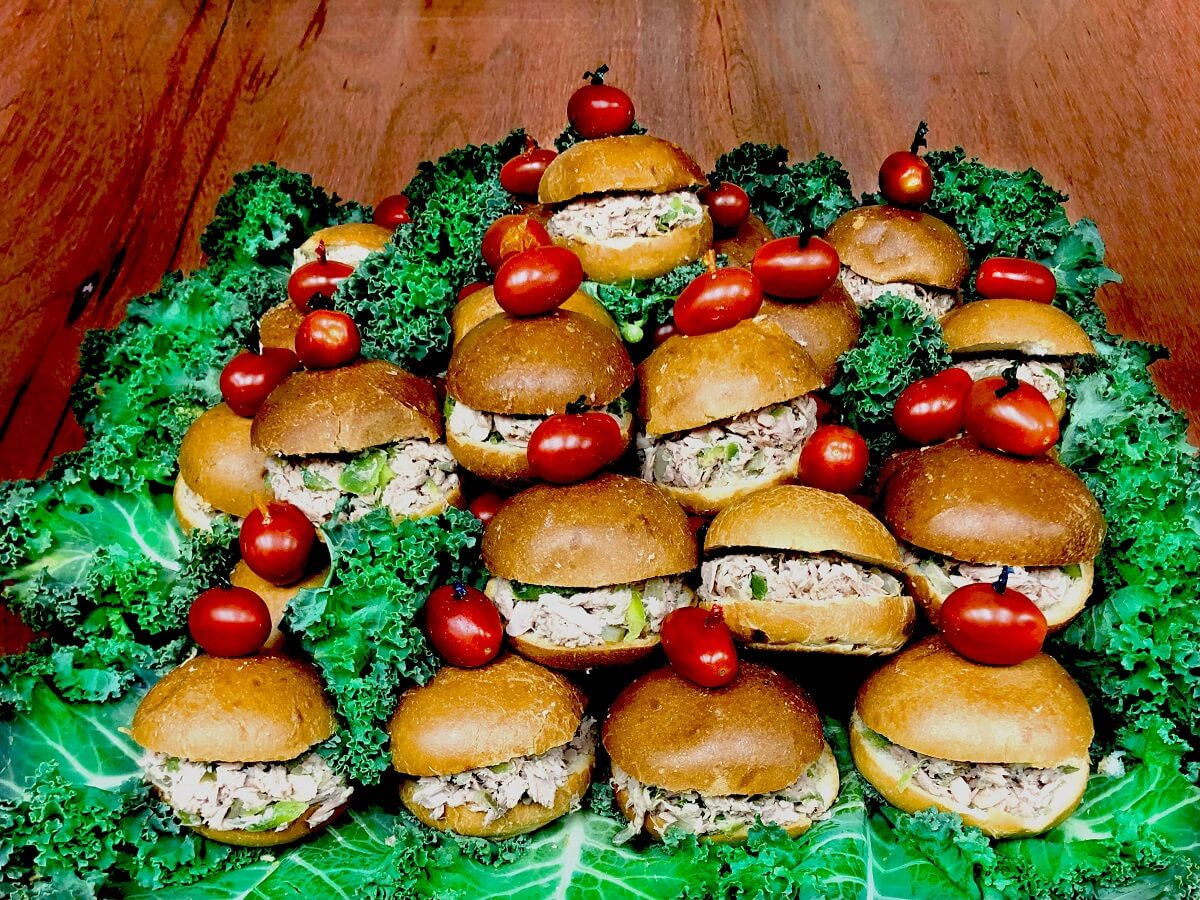 Serving good food at a party or an event can be challenging because of shortages of time. Finding a place with high-quality foods suited for events can be another tough job; the best choice possible is to pick and trust Haida catering.

It has a diverse catering menu and foods that are perfectly suitable for any event or party, whether it’s a formal one like an office meeting or a birthday party with friends; here offer different platters which can be enough for any number of guests and are diverse enough to please different tastes. 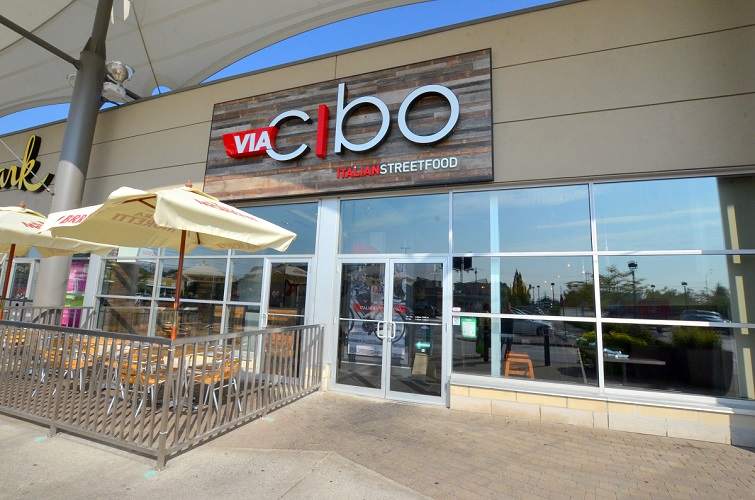 Via Cibo is a restaurant which specializes in dishes such as flatbread pizzas and pasta and salad; it also has a modern and cozy space and setting with a small patio; here is best suited for people who want to have a delivery food because it doesn’t have the dine-in option, but it has some outdoor seatings.

The dining options are various, which makes you able to go there for lunch or dinner, desserts or catering; you can also have drinks such as wine and beer alongside your food, and the kids can have their food from the kids’ menu.

If you truly care for the view and the setting and the space of the restaurant you want to dine in beside its food, then RH is one of the most excellent choices possible.

Here you can enjoy delicious foods that come from the ingredient-driven menu, such as signature Rh burger or kale Caesar salad under glass & steel enclosed skylight and among olive trees and crystal chandeliers. Here is most suitable for a party of 4, and up to 6 people can be seated around a table, and the tables cannot be moved. 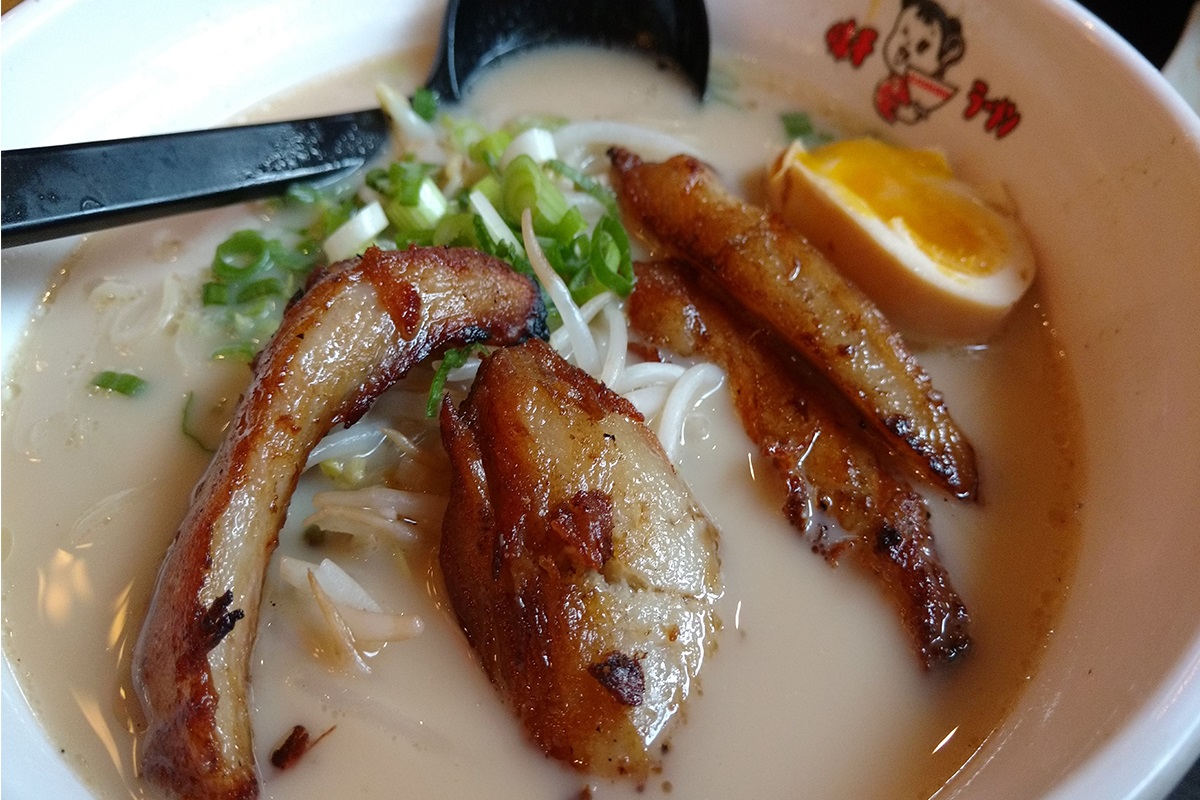 Here is a place which specializes in Asian and Japanese dishes such as ramen and serves one of the best ramens in the North York; this place has an extensive menu with a variety of delicious toppings and broths which you will eat and drink until the last drop so you can be sure about the excellent quality.

You can also have hot and cold Asian drinks alongside your food; one other mentionable point is the restaurant’s excellent service; they are caring and observant and see your needs as soon as possible. 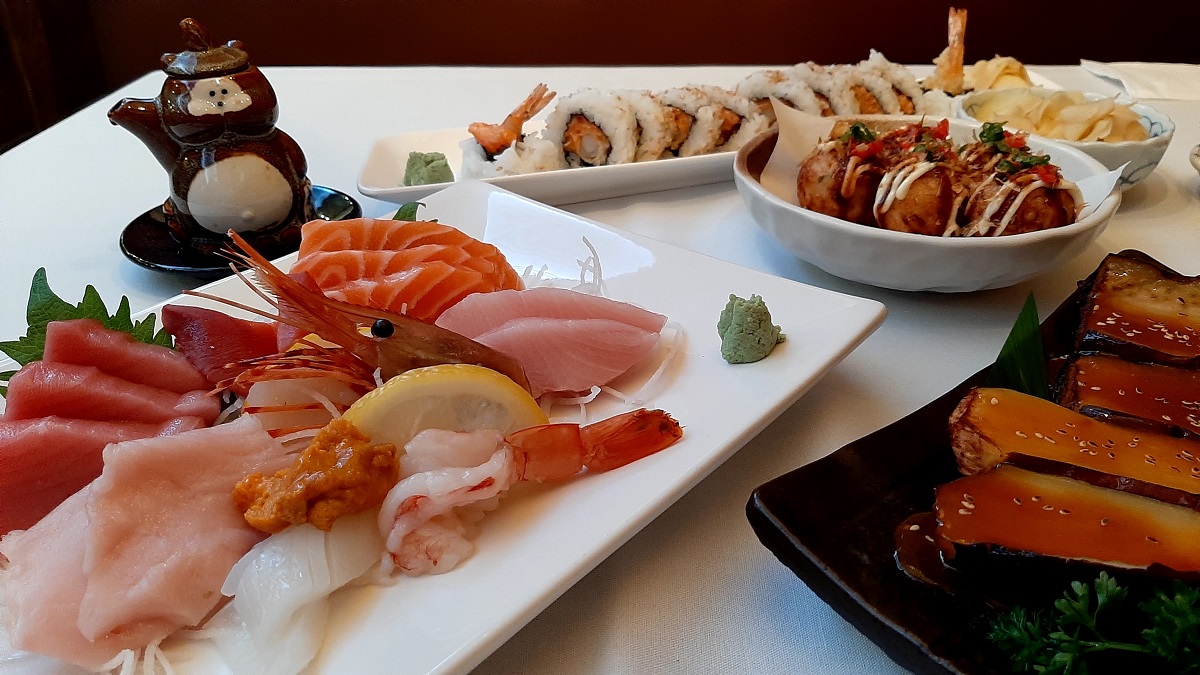 This place has a cozy and comfortable atmosphere which gives you the feel of an old and traditional and authentic Japanese place and will take you straight to japan; it has a main room for seating and also a VIP room next to the main room which you can also seat in there.

You can taste some original and unique Japanese dishes such as sushi and sashimi, along with Japanese saki and delicious salads. 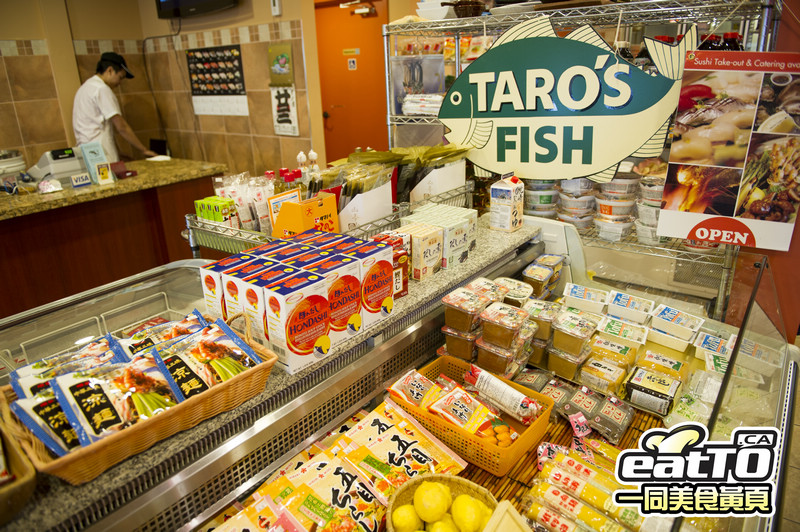 Taro’s fish is a fish market that also serves fresh Japanese food such as sushi and sashimi, made from the freshest fish possible right from the store; the fish are chosen by taro himself. You can be sure that they are of top quality.

The fish come from Portugal, Ireland, Greece, and North America, and there are also local fish available; besides food that is made out of raw fish, you can also have cooked food like squid or shrimp tempura. It is closed on Sunday, Monday, and Tuesday and is open for the rest of the week from 12 pm to 6 pm. 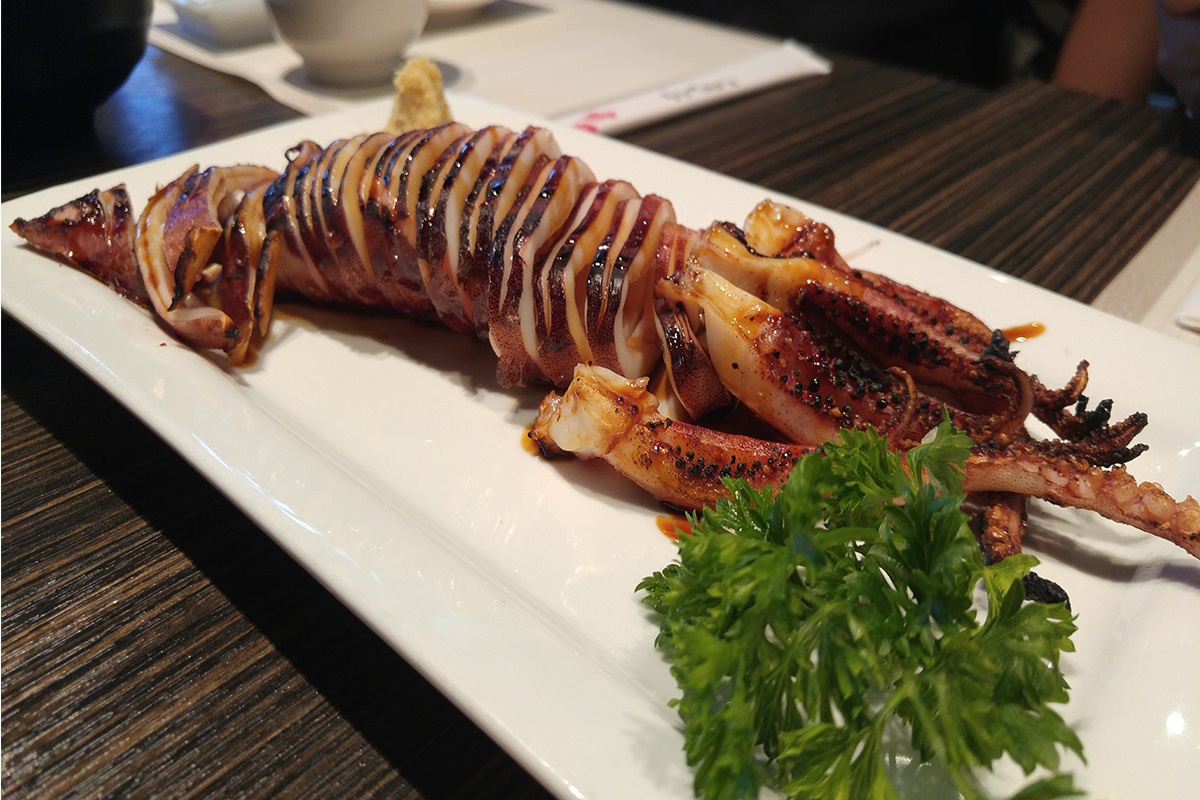 Kaga is a Japanese restaurant specializing in serving traditional Japanese foods sourced directly from Japan uniquely and authentically; here, you can have combos, which are dinners prepared for one up to 4 people.

You can also have sushi rolls out of a long and diverse list of sushis which come in maki and hand-rolled; then there are the party trays which are great for a large number of people and are pieces of different kinds of fish, and the last part of the menu is noodles, udon, and donburi rice; you can also pick your food out of chef’s special offers. 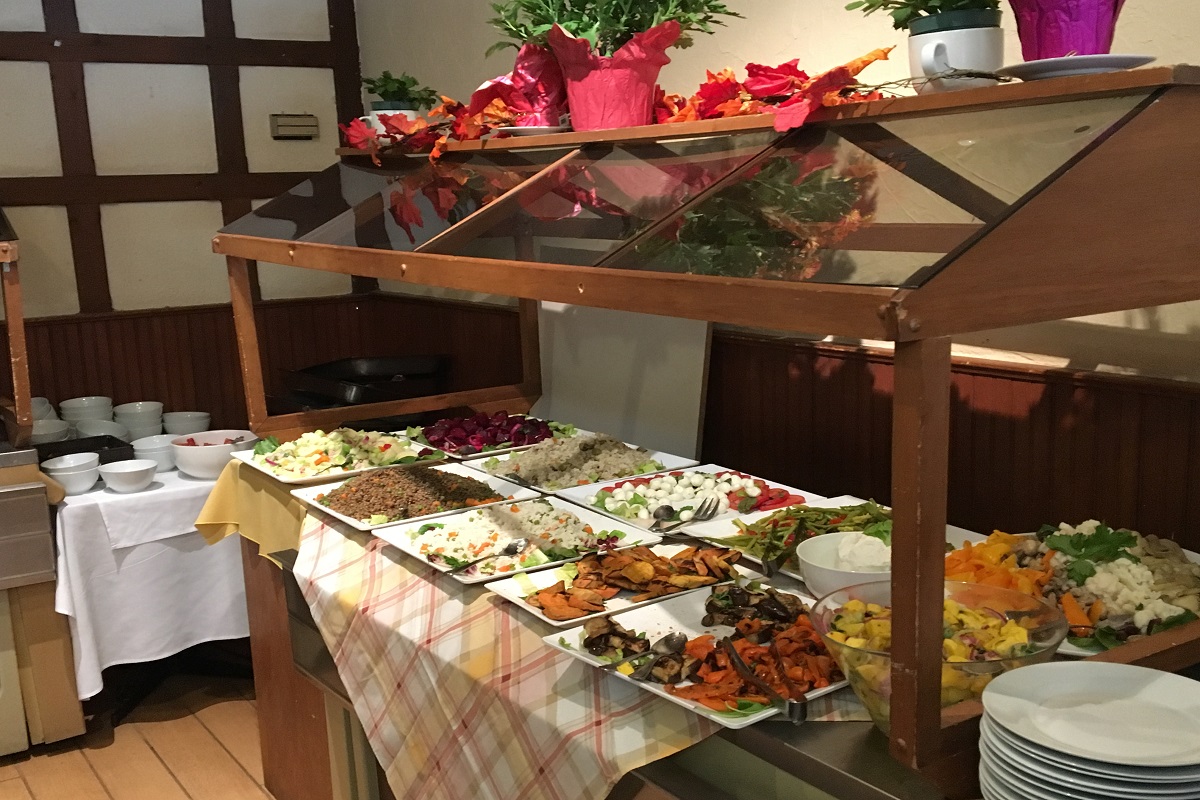 Mastro, which is an Italian restaurant, was first opened in 1964; the goal behind opening this place was to bring quality and authentic and unique Italian dishes to Canada, and it has since then continued to be one of the best Italian restaurants in Toronto not only because of the great cuisines but also because you are treated there as a family.

The dishes here come in a large portion, and a reasonable price and delicious taste in a setting that might be old but will make your visit more memorable. 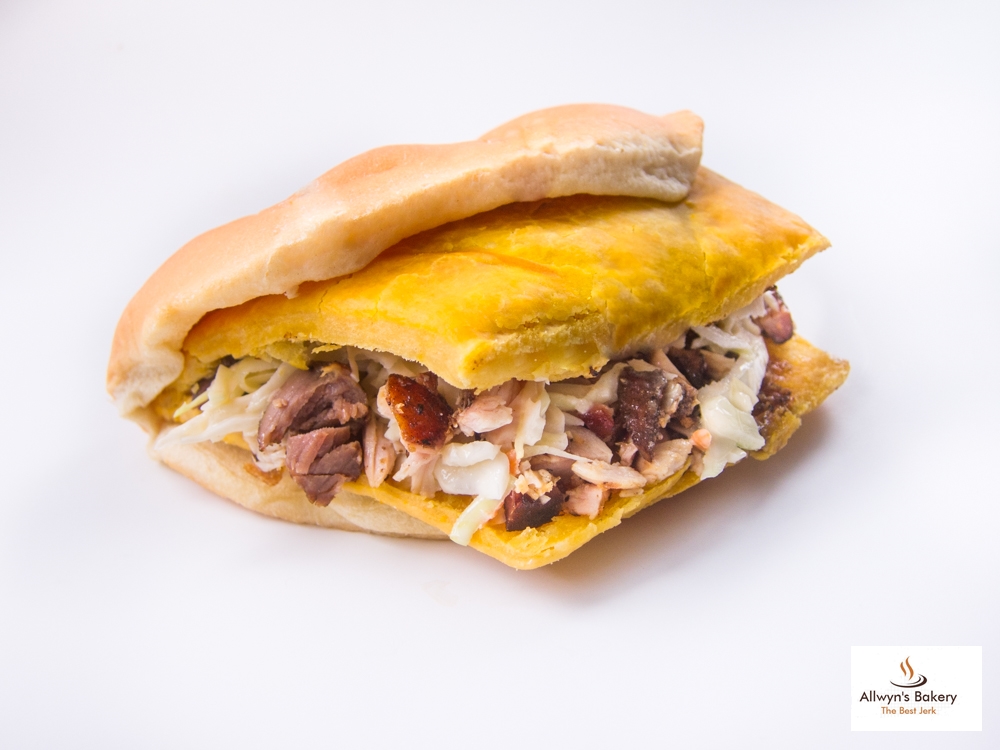 Allwyn’s bakery is one of the greatest spots to drop by to have some greasy, oily, and fatty sandwich which will taste very good; it started 20 years ago by Patricia li’s father- in- law and a Jamaican chef and has been a popular place since then; they make their jerk sauce from scratch and bake their beef patties and bread in Scarborough.

The Owl of Minerva 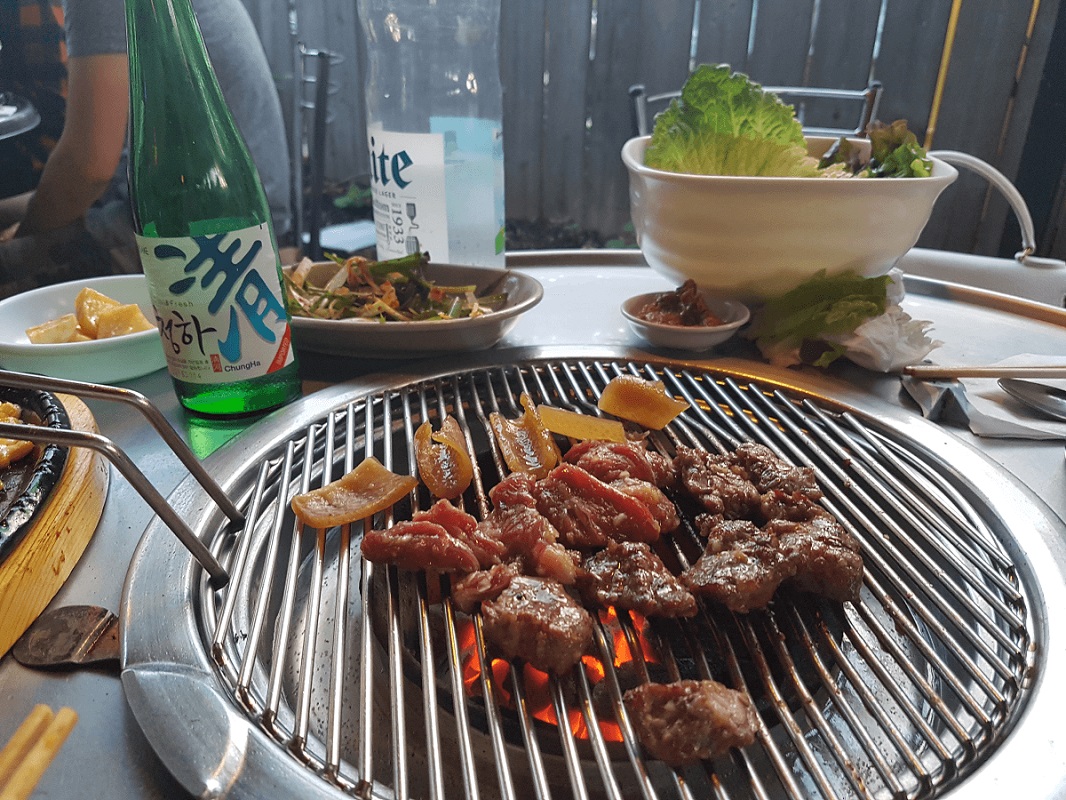 The owl of Minerva is originally a Korean restaurant which it’s the main branch is located on Yonge street and finch avenue; it was first opened there in 2003 and since then has expanded with opening new branches across Canada in places such as Markham, aurora, Ottawa, Waterloo, etc.

They also plan to open new branches in china and the united states. Here you can have lunch specials, pork, beef, seafood, chicken, vegetable, snack, and kimchi, all of which are authentic and traditional Korean food. 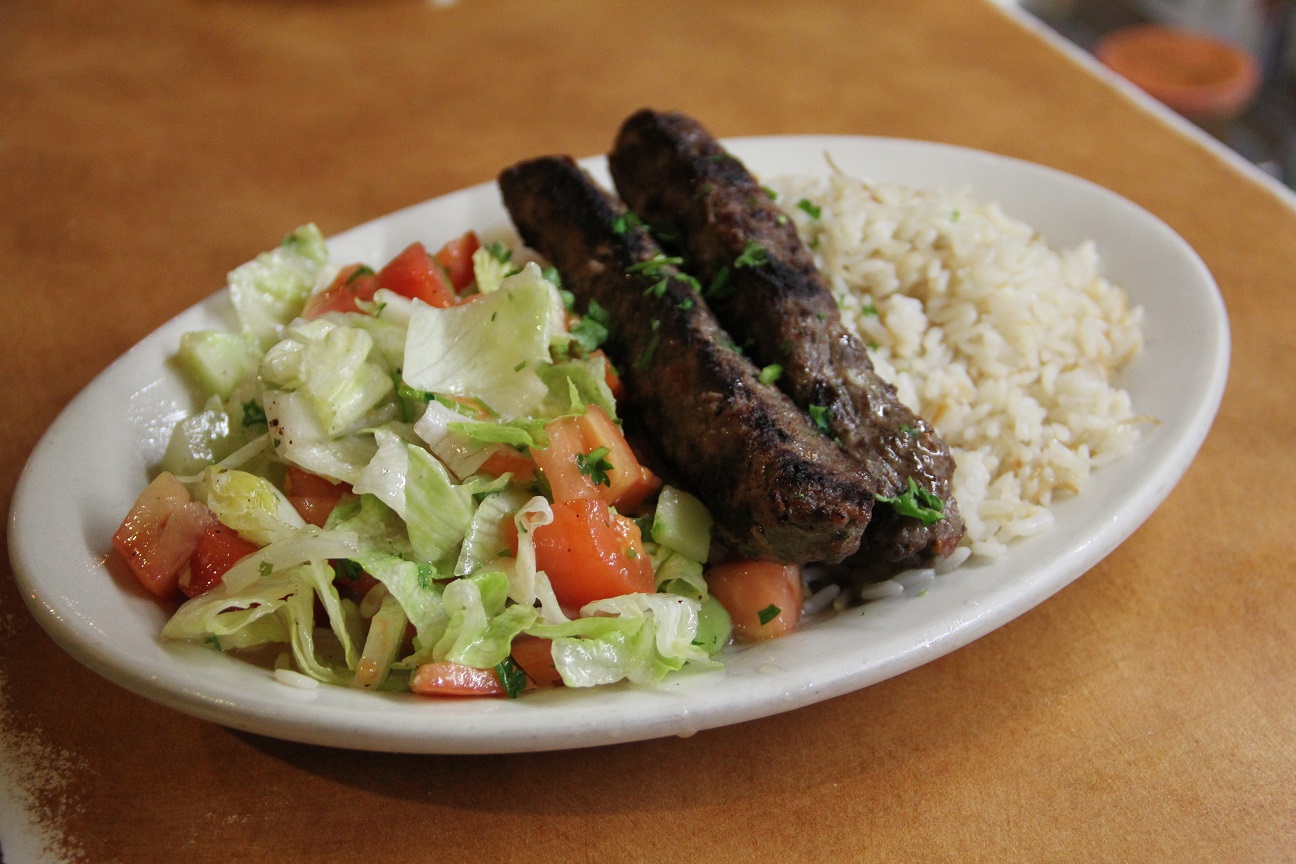 Armenian kitchen serves Armenian and middle eastern( like Lebanese) and also European dishes; their menu is a rather simple one and is consisted of famous Mediterranean and middle eastern dishes such as falafel, baba ghannouj, labneh, hummus and shawarma, and some other kebabs that may be less known such as lamb shish kebab, pork shish kebab, and chicken shish kebab; they also serve some famous salads such as fatouche, fresh vegetable salads, and tabouleh which come in regular and large size.

The dishes are well priced and come in large portions, and you can be sure that what you get is worth the wait. 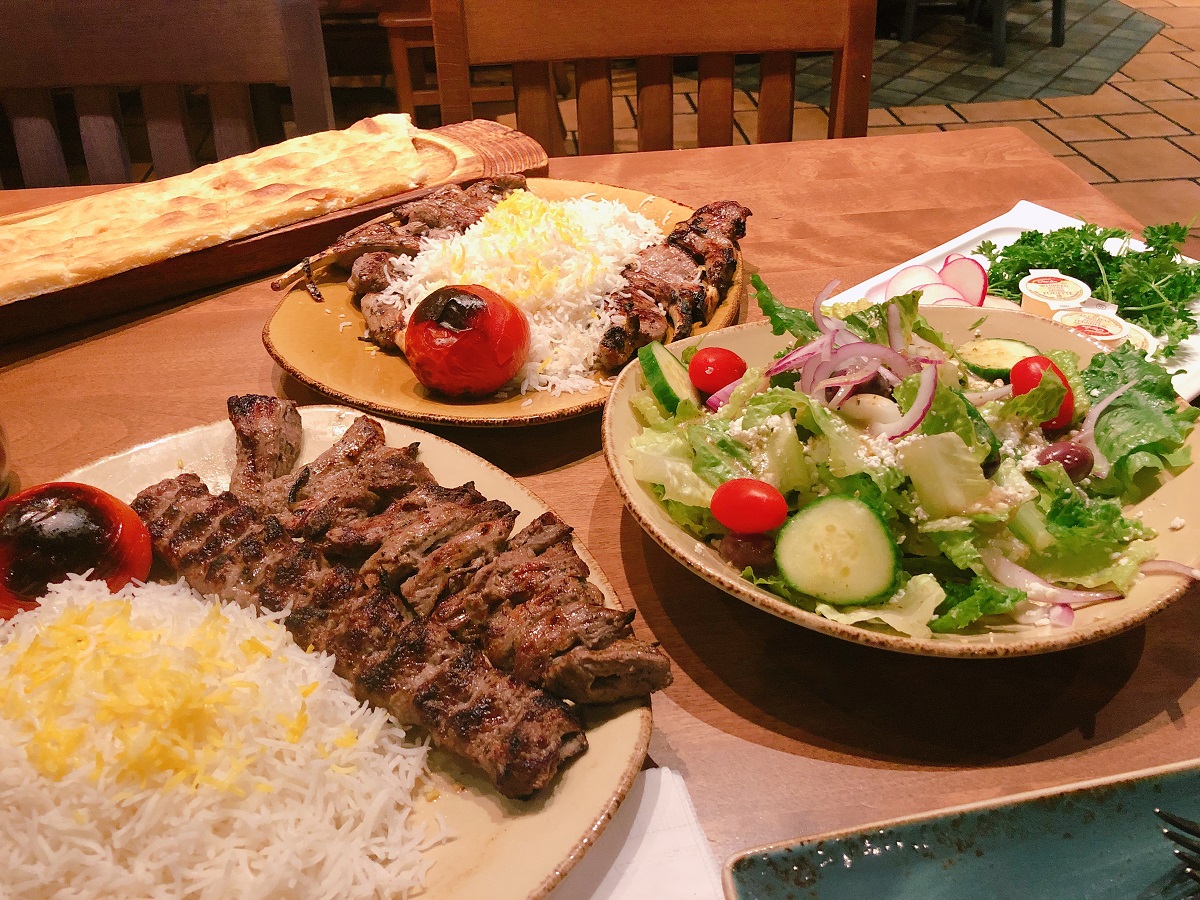 Gilaneh restaurant, which is located at the Westin Prince hotel, is a place that specializes in serving traditional Persian dishes like kebabs and stews. Although the dishes might be from the traditional dishes of Iran, the restaurant has a very modern and contemporary atmosphere, which also gives you a picture of Iran’s ancient history. The menu is an authentic and innovative one designed with 14 years of experience, and the professional service also comes from a professional background in the business.

Overall if you’re looking for a different place with different atmospheres and tastes, Gilaneh would be a perfect choice. 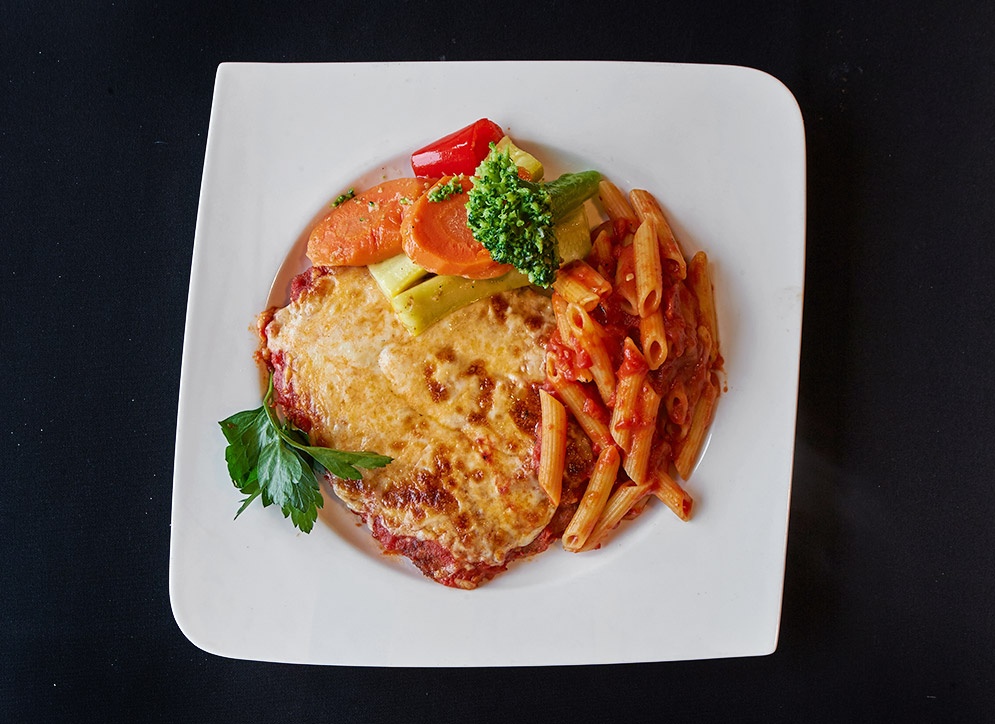 Paisano has been around for 50 years and has brought out the original taste of Italy and Italian dishes to the city; here, you can have your food out of a diverse menu which also includes gluten-free options; the prices are reasonable, and dishes come in large portions, and the servers take excellent care of the customers.

The restaurant’s setting is cozy, friendly and warm, which makes it perfect to dine with any set of people, whether family or friends. It is also great for any special event or business meetings, dinner parties and private 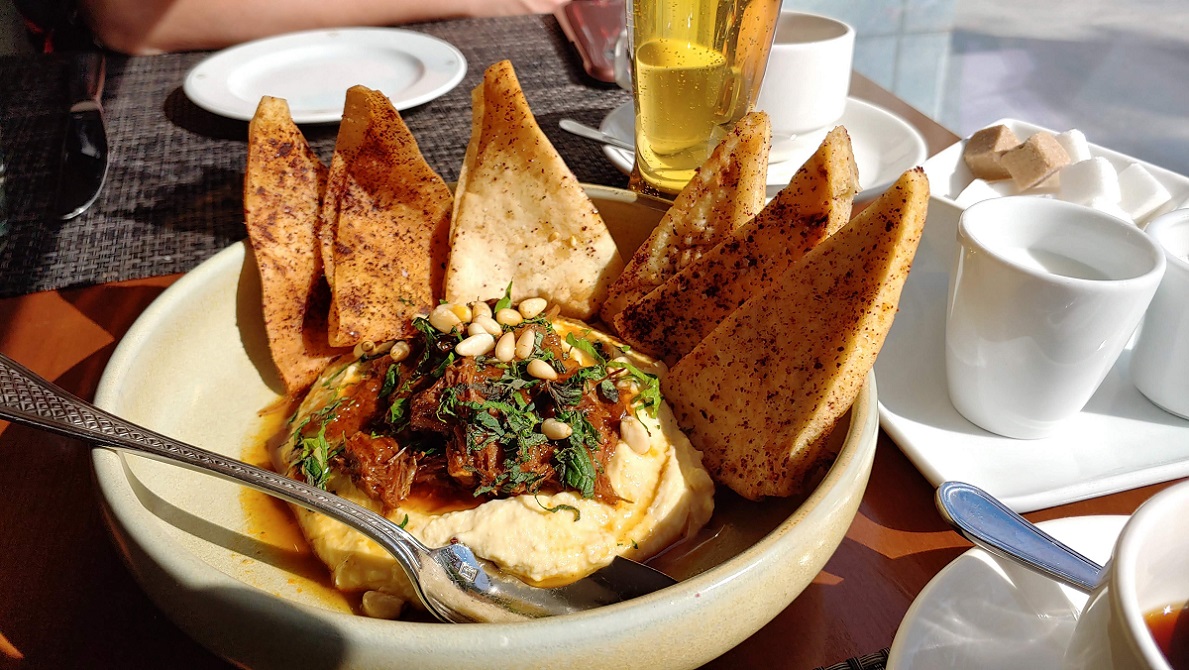 Diwan restaurant is the place where you can taste great middle eastern dishes from countries like turkey or even India; it is located in the aga khan museum so you can enjoy a beautiful and full of art atmosphere while dining. One of the other great features mentioned is the excellent and fast service you get here.

The museum that can be discovered and looked at carefully, the divan menu and dishes are something that better is looked at with close attention cause it is something special. 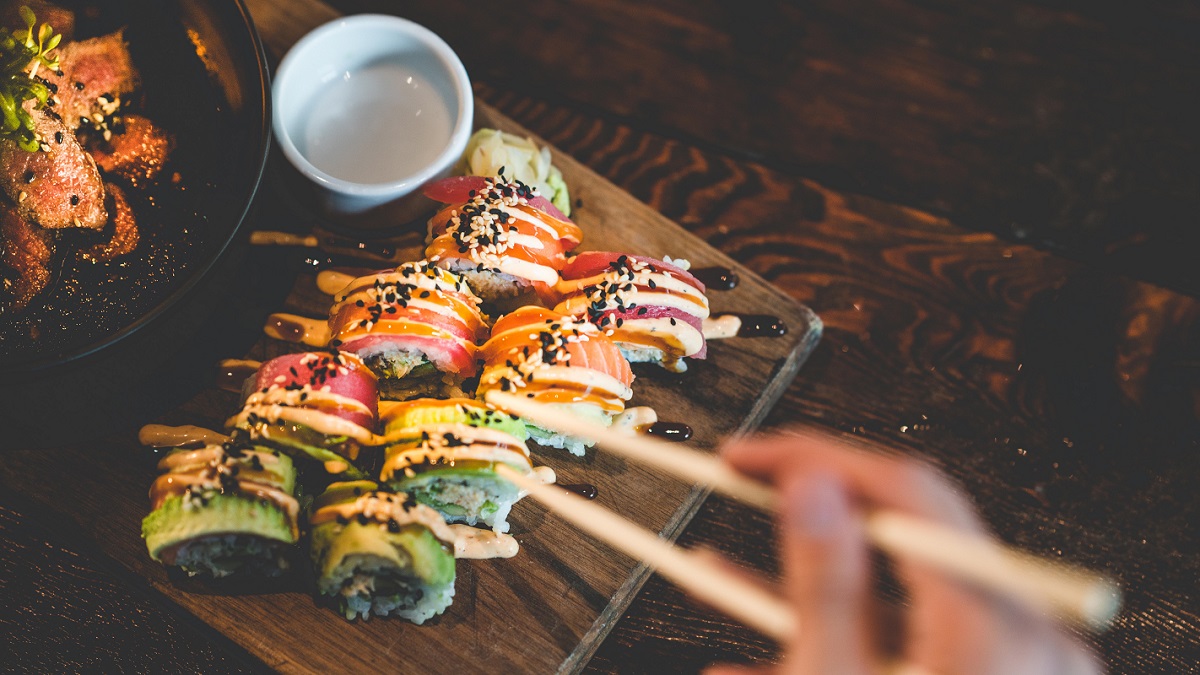 Modernity in food and setting; that’s what defines Joey restaurant the best. Joey’s whole team of celebrated chefs offer a locally and globally inspired menu to the customers in a 2- level space contemporary setting.

It is a great place to gather or have a business meeting or a friendly one; even if you didn’t feel like eating there, you could use the bar there, which offers great drinks with some bites alongside it. 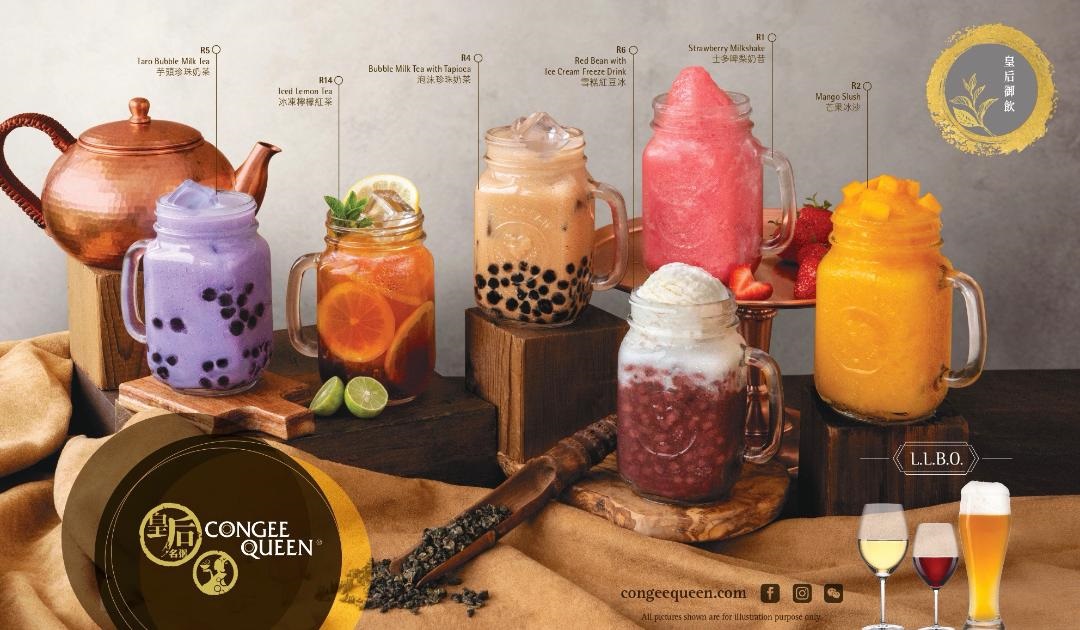 Congee queen mostly serves Chinese food, including bbq options and stir-fry and different wines and beers. You can also have dessert there; the portions are large, the service is good, and the prices are fair and reasonable.

The atmosphere is cozy and casual and is a perfect place for families with kids or friend groups. You better get a reservation before attending cause it may get crowded nevertheless;, here it can be an ideal choice to spend some quality time with family or friends and enjoy delicious Asian food.

Owners who claim their business can update listing details, add photos, and more by contacting us. 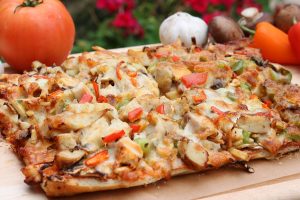 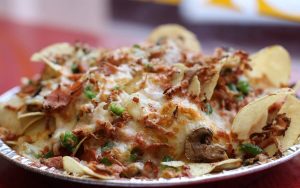 Read More »
Get 10% off
If you order $50 or more (Online promotion only - does not include in-store orders)
ORDER NOW !